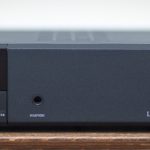 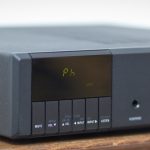 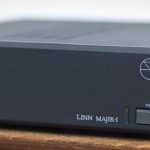 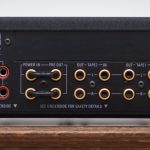 The Linn Mjik is an integrated amplifier with 33 watts per channel (@ 8 Ohms) and the unit I’m going to tell you about was equipped with a phono board.
Aesthetically the Majik is very similar to the Linn Mimik CD player, tested a couple of weeks ago here on TNT-Audio. So it is a black 32 x 32 x 8 metal box and the only difference with the Mimik is that the Majik doesn’t have any CD transport 🙂
The Mimik and the Majik, put one above the other are a nice pair, very compact in size and extremely non intrusive. You can even use the same remote control, since there’s no volume knob on the Majik, just two up and down buttons.
For the following listening test the Majik has been connected to various systems, ranging from budget-oriented stuff to very expen$ive components. The signal cables which have been used were very different for quality but the following notes refer ONLY to the Majik listened with its own Linn signal cable of which you can read something on the Linn Mimik review.

Was it a Majik sound?

The first thing has caught my ears has been the close relationship with the sound of the Mimik CD player. The tonal balance is almost the same: well defined high range, a bit rolled-off (partly because of the signal cable), open and clean midrange, well articulated and extended bass. Its forte is the mid range, open and detailed, with a great sense of realism, difficult to find at this price, something that gives a nice touch of class to the performance of this little integrated.
Though it can play loud, despite its low power (33 watts @ 8 Ohms), the bass range isn’t exactly what can be called punchy: it is fast, well extended and articulated but it lacks the extra drive that can be found in those high-current integrated collegues.
When coupled with difficult (mini)loudspeakers (low efficiency or low impedance) the Majik seems to grasp for breath, though it still doesn’t lose its excellent self-control: it doesn’t shout, it just plays smoother.
When mated with the right partners, the Majik becomes lively again. It plays everything with a touch of class, like its colleague Mimik, every kind of Music is welcomed.

As remarked above, everything depends on the kind of loudspeakers you decide to use. With standard bookshelf boxes or with small floorstanders the Majik can play loud, fast and dynamic. Compared with the Mimik, its sound is definitely faster: while the CD player was on the slow side, letting you admire the inner details of the musical program, the Majik is different: in particular the decays are very quick, so that it seems this amplifier wants to go to the heart of the rythm, at the very heart of the Music.
The self-control in the mid-range remains excellent even during strong and fast transients, never becoming harsh or aggressive. The micro dynamics, especially in the high range, are indeed very good for the price range of the Majik and few “colleagues” can play Music with the same level of micro detail in the highs.
A little extra punch and drive in the bass range and this little amplifier would have been a little miracle.

The reproduced soundstage is wide and very deep, unusually deep for the price but it is its height to be truly amazing. It is easy to detect the position of a singer in a choir, not only thanks to his horizonatal position, but also thanks to the height: first row, second row … you can’t go wrong. This is not an easy task for ANY amplifier.
The soundstage is then well focused, there’s no trace of blur in it. Many audiophiles prefer a soundstage in which the elements are slightly out of focus, like it happens, sometimes, in real life (ever heard a large orchestra in the last rows of the theater?). No, the soundstage reproduced by the Majik is well defined, I’d rather say engraved, each element has a clearly focused position.

With the well deserved popularity of this Scottish brand in the field of the analogue reproduction, evaluating the phono stage of this amplifier is a must.
The overall sound of the Majik inboard phono stage is quite similar to the rest of the line inputs, it does have just more bass (quantity) and smoother highs.
Dynamically it seems a bit slower and the soundstage is less focused and defined, the center of the image being more crowded too. Compared with expen$ive outboard phono stage, the little Majik phono stage sounds less defined, with a lower level of detail but still very, very musical.
So my advice is: if you have a so-so turntable, few LPs and no idea for upgrading (’cause vinyl is hard to find…) you may find the phono input of the Majik a real bargain, something that can survive even to some possible improvements of the front end.
If you have a good turntable, many LPs and plan to upgrade in the near future, buy the Majik without its phono stage and choose a separate phono preamp instead. No, not something that costs like the phono board of the Majik, of course…

These two components seem designed and built to sound together: the fast timing of the Majik helps the sometimes slow performance of the Mimik, reaching a very good compromise, indeed. Plus, the excellent mid range of both components will be preserved, offering to the listener a sound that for class and clarity goes well beyond the price tag of these two English black boxes. My advice is: if you’re going to buy a CD player and an amplifier into this price range, give the Linn combo a try…they won’t disappoint you.

With different cables the sound of the Majik changed a bit, sometimes gaining some bass, other times improving its dynamics. As it happened with the Mimik one risks to destroy the perfect overall tonal balance so a careful session of trials and errors and a well trained ear is a must here.
Clearly the Majik has been designed to sound with its own signal cable.
Some further advice: place this amplifier in a well ventilated place and leave it permanently connected to the mains, with a minimum of 1 hour of burn-in before any serious listening test. Be sure that the unit you’re going to evaluate has been played for a couple of days, to say the least.
Avoid little difficult loudspeakers since the Majik isn’t a *drive-it-all* kind of amplifier. There are several amplifiers that can drive almost any speaker made on Earth but then, for the same price tag, you can’t have the clarity and the classy sound of the Majik. There are no miracles in HiFi.

This Scottish amplifier seems to me the natural second other of the Mimik CD player, but even as a stand-alone component its qualities can make it shine above the colleagues. No, it can’t drive any loudspeaker made on Earth but it can play Music in an amazing way.
After all you should know well that the neverending search for High Fidelity is an adventurous hunting for the best (for your ears) compromise.

As usual, a HUGE thank you to the friendly guys at Linn Italia for having sent us the Majik for this listening test. 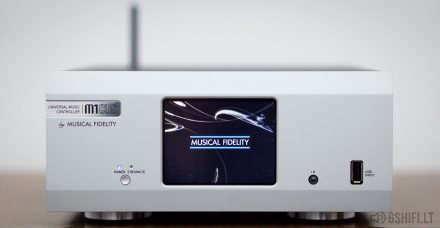 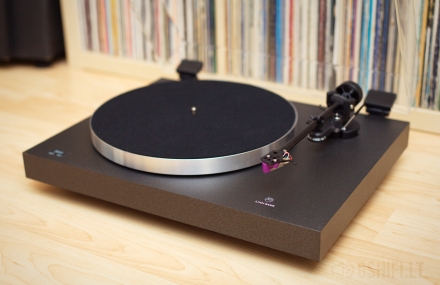 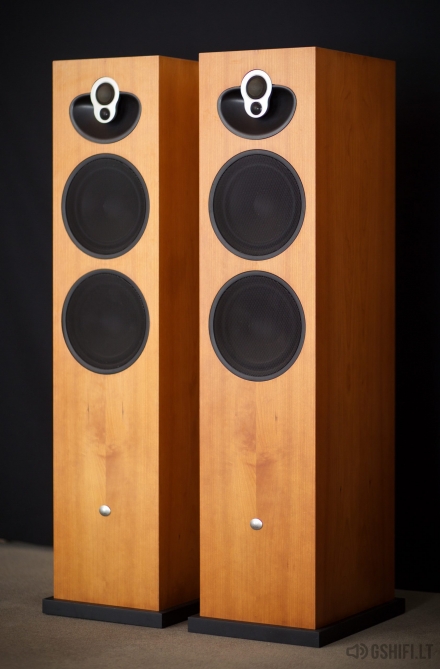