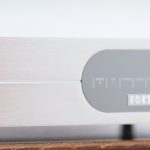 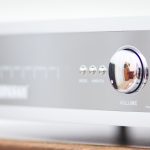 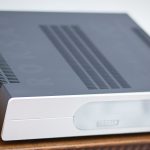 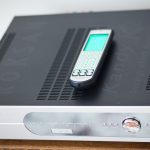 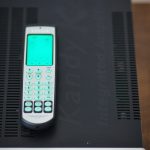 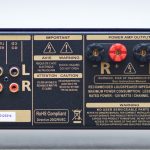 Art Dudley  |  May 15, 2010
Besides my 20th wedding anniversary and the 15th anniversary of Listener magazine’s first issue, this year marks the 25th anniversary of Roksan Audio Ltd., easily one of the most innovative design and manufacturing firms in British audio. Before Roksan came upon the scene in 1985, none of us had ever seen a loudspeaker whose tweeter was isolated from its surroundings by a sprung suspension. Or a commercial phono preamplifier designed to fit inside a turntable, just a centimeter away from the tonearm base. And who among us could have guessed that the Linn LP12‘s hegemony—among flat-earthers, I mean—would be broken by a turntable from outside of Scotland? Yet the Roksan Darius loudspeaker, Artaxerxes phono stage, and, above all, Xerxes turntable accomplished those things and more, to the genuine surprise of nearly everyone—and to the benefit of our industry at large, as other firms took those ideas and ran with them.

Though no less radical at heart, Roksan’s director of research and development, Touraj Moghaddam, has in recent years applied himself to more modest creations. The affordable CD player. The affordable tuner. And that most ubiquitous of all Brit-fi products, the sheer Englishness of which is exceeded only by miniature hot-water heaters, suit jackets with side vents, and mushy peas: The affordable solid-state integrated amplifier.

That last in particular. Yet even when Roksan makes a modestly priced all-in-one amp, it tends to be more than just a me-too thing, something made only to fill a price point or to keep dealers from selling another company’s widget. Thus we have the latest from Roksan’s entry-level Kandy series, the K2 integrated amplifier ($1925), which sets out to beat the competition with better-than-average styling, an integral phono preamplifier, and altogether superior sonic performance—or so Roksan would have us know!

Description
At a time when most other audio firms, even Linn and Naim, have conditioned us to expect integrated amps without phono stages, Roksan’s inclusion of same in the Kandy K2 may be that product’s greatest technical distinction—which, I suspect, is fine with Touraj Moghaddam. “I don’t understand why it should be difficult to buy an amp with a phono section,” he says. “A friend of mine from [England] who’s living in New York called to tell me he needs to get his record player out of storage: ‘There’s so much vinyl here,’ he says!”

Moghaddam’s dedication to vinyl can also be seen inside his new amp, where phono gain and EQ stages are built into the single main board rather than existing as plug-ins. Expectedly, op-amps feature prominently throughout the K2’s preamplifier section, doubtless for gain and buffering chores. But the output section, which Moghaddam says is derived from that of Roksan’s more expensive Caspian amplifiers, uses two MOSFET pairs per channel, with those devices mounted to a combination heatsink and RFI shield of remarkably high quality and surface area for such a relatively affordable product. The same holds true of the K2’s Noratel toroidal mains transformer—an unusually large and costly part for this price range—as well as the power supply’s good-quality filter caps and fast-recovery diodes.

In common with most modern integrated amps, the Kandy K2 incorporates a logic board and a series of relays for source selection and other switching tasks. Most of those functions are addressed via miniature pushbuttons on the K2’s front panel and a remote handset—the latter also addressing a motorized volume pot of the usual sort. The handset offers pushbuttons and a touchscreen for controlling all functions, with additional switches for controlling a Roksan Kandy or Caspian CD player or tuner, should the owner have such a thing on hand. For its part, the K2’s main power switch is a chunky rocker on the amp’s bottom plate, near the front-left corner.

Installation and setup
I tried the Kandy K2 in two rooms of different size, driving loudspeakers that represent a considerable range of sensitivity and impedance characteristics: Quad ESLs, Audio Note AN-Es, Wilson Audio Sasha W/Ps, and Large Advents (see “Listening” elsewhere in this issue). I used my own 6m pair of Auditorium 23 speaker cables in all installations, and didn’t experiment with aftermarket AC cords or accessories of any other sort.

The Roksan’s phono section offers a standard 47k ohm load and just enough gain for a moving-magnet pickup: the perfect setup for someone who prefers moving-coil cartridges, but who also believes that they sound their best only when loaded by a step-up transformer instead of an active gain stage. That’s me all over.

Given my lack of enthusiasm for volume controls that rely on pushbuttons instead of rotary knobs, I preferred using the K2’s front-panel controls to its remote handset. But in either case, the control arrangement is somewhat convoluted. The first step in powering up the K2 is, of course, to activate the mains rocker on the bottom plate, in response to which the amp goes into Standby mode, with its logo illuminated red and an LED labeled Mode lit up in green. To play music, the user must briefly press the Mode button, located on the front panel almost as far as possible from the Mode light, in response to which the Mode light turns from green to red, and one of seven input LEDs also lights up red. Another brief poke of the Mode button turns the Mode light amber and mutes the K2—but only by 20dB. To return the amp to Standby mode, you press and hold the Mode button for more than a second, in response to which the Mode light turns green and the input light goes out.

The handset controls work differently. There’s a Mode button on the touchscreen area, but it doesn’t put the K2 in or out of Standby mode—that job is relegated to a separate Power button, labeled with the universal circle-and-line pictograph for such a thing. The handset’s Mode button works only after the Power button has been used to bring the amp out of Standby, in which case the Mode button is actually a Mute button—though, again, it provides only 20dB of attenuation. But—the handset does have a Mute button in its touchscreen area, in response to which the playback is silenced completely and the Mode light turns amber, but blinks instead of remaining steady.

Because of all that, and because the K2’s handset emits an audible beep when any of its buttons is pushed—an unpleasant distraction, especially when trying to find the right volume level during a quiet musical passage—there came a time during the review period when I simply pretended that the K2’s remote control did not exist.

Listening
With every loudspeaker I had on hand, the Kandy K2 distinguished itself as a clear, big-sounding, rhythmically accomplished amp with a slightly—a darn near imperceptibly—rounded-off top end. That bit of softness, coupled with its nearly complete lack of timing distortion, distinguished the K2 as one of the most listenable entry-level components I’ve had in my home.

The K2 also performed impressively in various audiophile categories. Spatially, with stereo recordings, it offered better-than-average stage width, and generally good depth and image wholeness. When I first installed it in the larger of my two listening spaces, the K2 seemed to have less center-fill and image specificity than the tube amps to which I’m accustomed. But with my Quad ESLs, at least, that was easy to adjust with slight changes in the speakers’ toe-in angle.

Bass performance was fine, with notes in the bottom three octaves sounding full but fast. Except for a lack of texture in the sounds of well-recorded strings and reeds, the K2’s timbral character was on a par with some of my favorite perfectionist amplifiers: It didn’t always give as much as I wanted, but what it did supply was always convincingly musical.

Although the Kandy K2 performed well with a wide range of music styles, its combination of sonic smoothness and good musical timing seemed especially well suited to modern pop recordings. It allowed the intentionally compressed strings in “Cosmia,” from Joanna Newsom’s Ys (CD, Drag City DC303CD), to sound appropriately buttery, while its apparent lacks of pitch and timing distortion suited the sinewy lines of notes quite well. Compared with other solid-state integrated amps, the smooth-sounding Kandy emphasized upper-bass notes a little more, but in a pleasant way that enhanced the string-bass accents used in that recording to underline the lowest notes of Newsom’s concert harp.

Classical CDs, too, fared well. A strikingly rich and dramatic new recording by René LaFlamme, of Enrico O. Dastous’s arrangement for brass quintet and organ of Gustav Holst’s The Planets (CD, Fidelio Musique FACD028, footnote 1), sounded magnificent through the Roksan amp. Exotic and unexpected sonorities—of which this recording has no shortage—shone through clearly, with convincing color and rightness: The words organic clarity seemed appropriate. As for smaller-scale classical pieces, the Roksan was explicit enough to reveal subtle details of technique and tone without sounding overly mechanical. Early music sounded good as well—although, again, there were times when I wished for more texture, as on the sheer, wonderful stringiness of Marianne Rônez’s baroque violin or Jordi Savall’s viola da gamba.

The Kandy’s phono section deserves special mention, not just for its freedom from hum and noise but for echoing—and, if anything, compounding—the slight and pleasant roundness that the K2 imparted to line-level sources. Used with an Ortofon SPU 90th Anniversary MC cartridge, and preceded by an Hommage T1 step-up transformer, the K2 sounded appropriately big and dramatic with some of my favorite orchestral recordings from the early days of stereo, including the definitive Delius Requiem with Meredith Davies conducting the Royal Philharmonic Orchestra and Choral Society (LP, EMI ED29 00271), and that Vaughan Williams Job to which I keep returning, by Sir Adrian Boult and the London Symphony Orchestra (LP, EMI ASD 2673). And to the extent that a piece of electronic gear can influence one’s perception of LP surface noise, the Roksan was pleasantly imperturbable.

Comparisons
A few comparisons are in order: Notwithstanding its slight softness, the Roksan Kandy K2 didn’t sound as rolled-off—as chunky, if you will—as the Naim Uniti, which I reviewed in March, but instead gave a more open if less tactile and fleshy sound. Given that the integrated-amp section of the Naim Uniti is, essentially, a Nait 5i ($1500), and given that the latter can assume phono capabilities with the addition of a purpose-built Naim Stage ($450), a comparison between that package and the $1925 Roksan strikes me as especially interesting: horses for courses, as they say around those mushy peas . . .

Held up to a more expensive integrated amp, such as the Ayre Acoustics AX-7e ($3500), the Roksan wasn’t the least embarrassed, though the Ayre did give more texture and top-end sparkle. Of course, it’s also a safe assumption that the buyer of a more expensive amp will have one or more source components that will live up to its timbral scrutiny. The point being: The Roksan’s sound would probably well suit most partnering products of lower cost.

Conclusion
The Kandy K2 also strikes me as the sort of amp one can grow into for quite some time before wanting more: a neat balancing act, carried off here with rare success. The Roksan, which also happens to be built like a Schick Brithouse, offers very good value for the money, and I enjoyed every minute spent listening with it—especially after I put away the somewhat frustrating remote handset. Highly recommended. 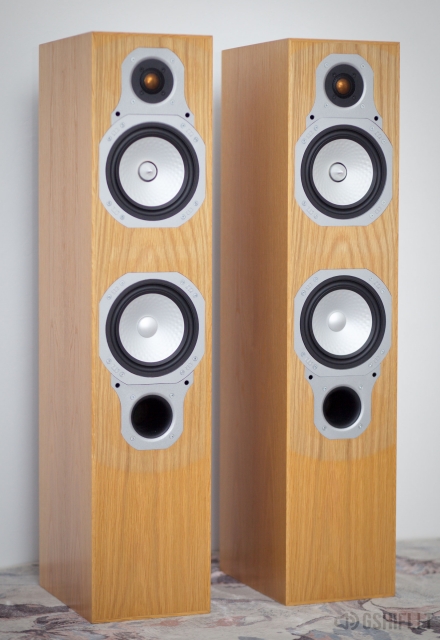 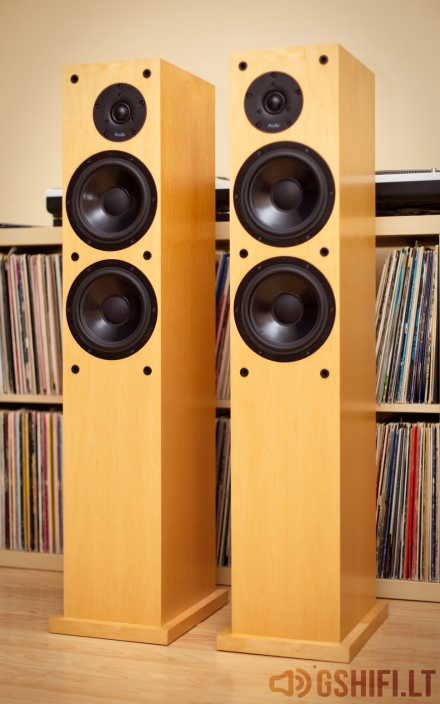 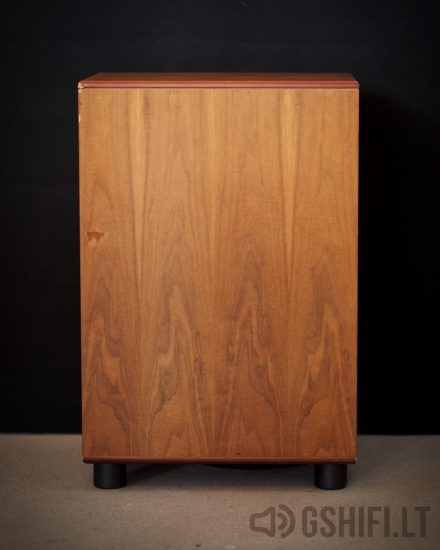